A Guide to Halong Bay on a Budget

With its thousands of rugged, rainforest topped, limestone mountains jutting up from emerald green seas, Halong Bay is arguably the jewel in Vietnam’s impressive crown of natural wonders.

The UNESCO World Heritage site is known around the world, has earned a place on the New7Wonders of Nature list, and is a highlight of many visitors’ trips to Vietnam.

With all this hype and fanfare, it’s little wonder that the Vietnamese people have been quick to capitalize, and the result is that a trip to Halong Bay can easily blow a modest budget!

In this article we look at what a trip to the bay costs, and explore alternatives for the budget conscious traveler.

This post may contain affiliate links which means that if you click and make a purchase, I may receive a small commission

Walking the streets of Hanoi, the capital of Vietnam, it will quickly become apparent that everyone from your hotel or hostel, to the myriad travel agencies lining the streets, are ready, willing and able to sell you a trip to Halong Bay.

This is the method by which most people will experience Halong Bay, and it’s undoubtedly the easiest option, as everything is organized for you.  You will be transported from Hanoi to Halong Bay, and taken on a boat ride, usually staying on board the boat for one or two nights.

There are hundreds of operators offering these boat trips, from the relatively basic to the ultra-luxurious, but even with all of this competition prices remain fairly high – and this is one area where you really do get what you pay for.

The quality of these tours can vary wildly, and it’s not always easy to sort the wheat from the chaff.  Horror stories abound of crammed minibusses from Hanoi, slow, unsafe boats, price gouging and scams, and hard sells for add ons.

At the time of writing, the cheapest of them start at around $60 USD per person, per night, and these are likely to suffer from some or all of the problems listed above (or worse!).

Often the cheapest options from decent companies will be so-called party cruises, full of drunk backpackers, which may or may not be your scene!

In order to have a reasonable assurance of quality you’ll have to consider the more reputable operators, and this will come with a corresponding price increase – all of a sudden you’re looking at $200-300 a night, per person!

If you’re on a short holiday in Vietnam, have the room in your budget, and don’t mind splurging, a quality tour package to Halong Bay is definitely worth considering.  It’s by far the easiest option, and great for a time-poor traveler.  An up to date search on TripAdvisor or word of mouth from fellow travelers will help you to select a good operator.

However, if you’re in a mild state of shock from the prices above, read on, as there are a few alternatives worth considering.

While an expensive package tour may be the best, or indeed the only feasible option for someone on a short holiday, travelers with more time and less money can save a lot by going it alone.

Cat Ba Island is a large inhabited island located in Lan Ha Bay, right next door to Halong Bay, and every bit as beautiful.  It is frequently visited by the tour boats.

While Cat Ba is an interesting destination in itself, it’s also the best way to visit Halong bay on a budget.

By combining cheap day trips from the island, budget accommodation, and your own transport from Hanoi, you can visit Halong Bay for a fraction of the cost of the package cruises!

The first step is to get to Cat Ba Island.  There are several options in this overview, at various prices and durations.

Several companies run a direct service to Cat Ba island, which will make the most sense for most travelers.

Perhaps the best known of these companies is Cat Ba Express.

They will either pick you up from your accommodation if you’re staying in the Old Quarter, or you’ll meet them at their office.

They will then take you by bus via the recently built sea bridge – the longest of its kind in South East Asia – to the small island of Cat Hai.

From there you’ll transfer to a waiting speedboat, which will whisk you over to Cái Viềng Port, in the north-east of Cat Ba Island.

The final leg will see you transferring once more onto a waiting bus, which will take you down to Cat Ba town, in the south-east of the island.

The total transfer time is just over three hours, and we believe this is the best way to make the trip.  They take you door to door via well maintained buses and boats, and save you lugging your bags around and haggling with touts, all for only a dollar or two more than the alternatives, if that!

You can check the current options and prices using one of our recommended booking platforms:

Other Ways To Get To Cat Ba Island

There are a couple of alternative ways to get to Cat Ba, though there is little reason to take them.  In the interest of completeness, we’ll briefly list them.

It’s possible to take a local bus from one of the stations in Hanoi, arriving at Hai Phong, followed by a boat ride to Cat Ba Island.

Once you factor in getting to the bus station in Hanoi, and getting from the bus station in Hai Phong to the ferry terminal the cost is likely to be the same or more than with Cat Ba Express, take an extra several hours, and involve a whole lot more stress.  You can see why we don’t recommend it!

Just as with the public bus option above, it’s possible to take a train to Hai Phong and then a boat from the pier.  Again, the total cost is likely to be similar, though in this instance you may come out a few dollars ahead. This option will take several hours more than the others.

Given the fact that it’s an island, taking a private car doesn’t make a lot of sense compared to a direct transfer with a company using buses and boats.  It is possible, however, to hire a car and driver, and pay for the car ferry to the island.

This option will cost from around $130 USD upwards.

We’ve now firmly left the realm of budget travel, but if you want to get to the bay in style, a sea plane can have you there in around forty-five minutes, with an optional aerial tour of the bay.  Prices can vary widely depending on demand. After all of that, you’ll still need a ferry from Tuan Chau Island Marina!

The best place to stay is in Cat Ba Town.  While the town itself isn’t anything particularly special, this is where the hostels and guesthouses are concentrated, as well as the restaurants and nightlife.

We recommend Booking.com for accommodation.

Want to get regular newsletters with all our tips, tricks and latest stories?

Best Options to Explore The Area

Now that you’ve reached Cat Ba Island, checked into your accommodation, and perhaps had a cold beer to celebrate, you can start to consider your options.

Thankfully it’s possible to head out on day trips to the bay and other islands from here for a fraction of the cost of the trips booked from Hanoi.

A couple of recommended companies are:

Jim at the Le Pont Hotel

Make sure you do some research and ask around for up to date recommendations from other travelers.

You can also kayak, stand up paddleboard, swim at the beaches, hike on the island, and much more.

An Inland Alternative To Halong Bay

While Halong Bay is really something not to be missed, if for whatever reason you don’t make it there, there is another option to consider in Vietnam that is somewhat similar.

Often referred to as an inland Halong Bay, this area offers similar karst topography but in an inland setting.  It’s possible to take a boat trip through the lakes and caves, and the area is surrounded by rice paddies – it’s truly stunning.

While we don’t think the experience here would replace Halong Bay entirely, it’s definitely worth a visit in its own right, but especially if you’re not going to make it to Halong this time.

You can reach the area from adjacent Ninh Binh, which is also a stop on the main train line running from North Vietnam to South Vietnam.

Visiting Halong Bay may well be the highlight of your trip to Vietnam, but it doesn’t need to blow the budget!  It’s quite possible to save a lot of money by doing it yourself, while also avoiding the worst of the crowds and the dodgy boat operators.

We hope the guide has helped you out, and that you have a great trip to Halong Bay! 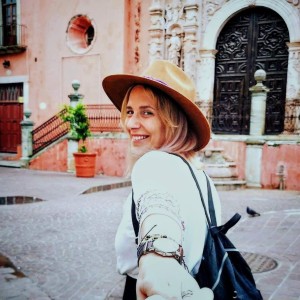 Vietnam – Best things to do in Ho Chi Minh City

Vietnam – Best things to do in Saigon Ho Chi Minh City is the largest city in Vietnam, with lots to do for tourists, and expats.  Formally known as Saigon,

Cu Chi Tunnels Vietnam. A Self Guided Tour The Cu Chi Tunnels are a must while visiting Ho Chi Minh City, in Vietnam.  There are many options for Cu Chi

How to Get to Ye from Yangon, Hpa-An or Malamyine

How to Get to Ye from Yangon, Hpa-An or Malamyine Ye (pronounced Yay) is located about half way between Mawlamyine and Dawei.  Ye was only opened to tourists around the

This site uses Akismet to reduce spam. Learn how your comment data is processed.

We sold everything & took off with a backpack each!

Scroll back to top